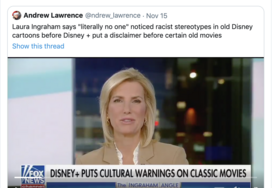 Scroll down to see the 2019 winners

​Award #1: BIGGEST HISTORY FOOL OF 2019 (aka Weemsy of the Year) The person who said the most incredibly ridiculous and demonstrably false statements about US history in 2019 -

Writer and political commentator, Dinesh D'Souza, who said and tweeted innumerable falsehoods and absurd claims about US history and as a consequence found himself getting repeatedly curb-stomped on social media by real historians. A small sampling of his ridiculous claims include: the assertion that because the Democratic Party supported white supremacy and slavery in the 19th century, that it must always be the party of racism; that “left-wing historians” cover up - as opposed to write countless books on the very topics - the misdeeds of progressives; denouncing Dr. Rev. Martin Luther King, Jr., as “a sicko”; and tweeting that “If Frederick Douglass were alive today, is there any doubt he’d be a Republican and a Trump supporter?”
Runner-up: Donald J. Trump (see Award #3)

Award #2: The person who made the most astonishingly stupid references to slavery in 2019 -

Radio host Erick Erickson for criticizing the New York Times' 1619 Project on the legacy of 400 years of slavery in the US as, “offer[ing] a Neo-Confederate view that the South really won the Civil War and minimizes or undermines the cost white people paid to free slaves.”

Award #3: For the most demonstrably false claim about the American Revolution in 2019 -

President Donald J. Trump who said on July 4, 2019 that during the American Revolution the Patriots "took over airports" from the British, 120 years before the invention of the airplane.

Award #4: The person who committed the greatest history fail related to the Civil War in 2019 -

Former Governor of South Carolina and former US Ambassador to the UN, Nikki Haley, who claimed that the Confederate flag only recently became a symbol of racist hatred.

Award #5: For the business that committed the biggest history fail of the year -

Ancestry.com’s advertisement that was set during slavery and featured an interracial “romance” between a white man and an enslaved woman.

Award #6: For the most supreme history fail made by a journalist or media personality in 2019 -

Laura Ingraham (Fox) claiming that “literally no one” noticed the racism in Disney films until 2019. ​ 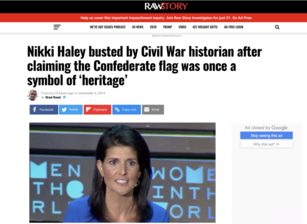 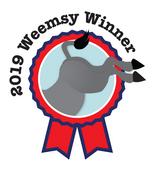 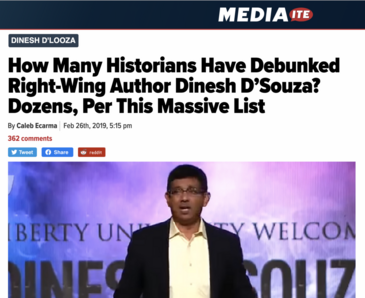 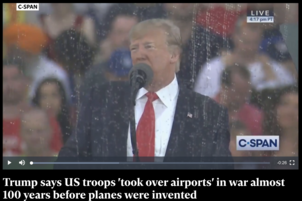 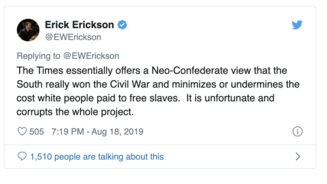 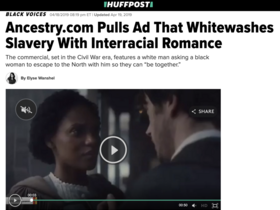